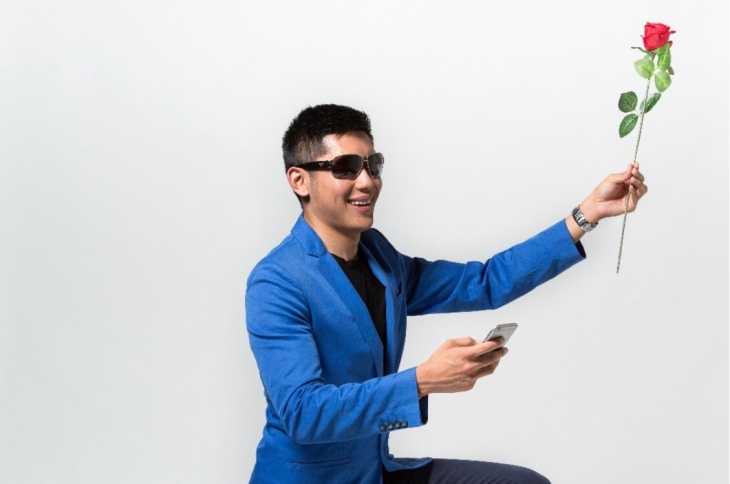 The debut production at the new Sydney performance venue Limelight on Oxford, uses a comedic approach to death and grieving to investigate attitudes to euthanasia and how our relationships change, or stay the same, after death. This new Australian play uses farcical elements and touches of the supernatural to unravel the past and future of a family in mourning.

Mother and widow Lana (Elaine Hudson) is organising her husband Ben’s (Chris Orchard) funeral. He passed away recently after a long battle with cancer that left him in a lot of pain and in need of a lot of care. In life, he was a little bit wild, being part of a bikers club, playing guitar, painting until all hours of the day or night and that means that, in death, he’s left behind a lot of questions: suspicions about his loyalties and his true place in the family. So, Lana isn’t quite ready to stop asking and, due to the process of decomposition, he’s able to answer her.

While attempting to navigate their own marriage problems, these two concoct a plan to shape the future of their daughter Gemma’s (Madeleine Withington) life for her own good. She needs to dump the shallow boyfriend and commit herself to a career in academia. Even as he has no trouble showing himself to Lana, Gemma has no supernatural connection to the afterlife and, thus, a comedy ensues.

The script is relatively simple in its premise but a bit convoluted in its execution. There are farcical elements including an unbelievable situation that breeds misunderstanding and complications for the main character caught up in the unreality but the simultaneous conversations were the only real use of farcical technique. Their overuse became repetitive and overall lacked the necessary tension or external pressure to make the scenes truly ridiculous and hilarious.

Additionally, the background story of the characters was confusing and felt almost entirely unnecessary for the development of the narrative. On the one hand, a lot of time was spent in swathes of exposition that didn’t really make sense in context: listening to Lana narrate the timeline of her relationship with her daughter as though Ben wasn’t there as it was happening, or Ben recounting the care he received from Lana to Lana as though her memory of the recent events would have somehow failed. On the other hand, the secret Gemma has with her father which supposedly holds the key to Lana’s insecurity about her husband’s infidelity, the single driving tension of their relationship, is revealed, explained, and promptly deposited behind the couch in a blink of an eye. So, the characters’ motivations behind their emotions and relationships with each of the other characters seems always unclear when what would normally be a passing thought is given time and space to get fleshed out, and the important, painful points are treated flippantly and resolve almost by themselves.

Playwright Rivka Hartman sites her father’s experience with palliative care and the impact that had on her own family as the inspiration for this production. Much of the marketing and discussion of this production has played up its exploration of the difficulties and heartbreak of euthanasia as an escape from a slow and painful death. Gemma’s fierce accusation of her mother’s involvement in her father’s death seems to open onto that discussion, albeit a bit late in the action, but the huge ideas of what is life and who gets to call an end to it fizzled out almost as quickly as they arose.

In terms of the acting and characterisation of Giving Up the Ghost, Elaine Hudson and Chris Orchard do their best to maintain high energy in their long duologues and while scrambling around creating havoc in their own lives but, overall, the production is over-rehearsed to the point of boredom. There is very little room for spontaneity when every line, expression, gesture, and step has been choreographed into staleness. Let alone the fact that it flattens any sense of comedic timing when every line is delivered with the same weight as the one before and after. A little freedom of movement would loosen things up and add a natural humour to what could be some rather witty dialogue.

Gemma and her family are typical realist characters who are set against her boyfriend, Jason (Andrew Wang). It’s difficult to take a character seriously when it is so clear the playwright has no respect for him. Jason is an overblown caricature of how the boomer generation typically likes to portray millenials: as empty shells that dispense meaningless acronyms. This character is completely out of place literally and figuratively and would have served his purpose as a clown if he was given any dignity or realism.

Similarly, the realist set served its purpose as a typical lounge-room, except for the large aluminium coffin plopped in the middle. Lighting design by Mehran Mortezaei was also simple and realistic with the occasional detours into more dramatic spot lights. It would appear these moments were meant to emphasise revelations in the plot but, because the plot was difficult to follow, it was hard to tell what the audience was supposed to be coming to understand in those moments.

Giving Up the Ghost is a new play trying to grapple with questions of life, creation, death, and what keeps on going once you’ve left the Earth. These are huge ideas that can take lifetimes to contemplate. Perhaps with a stronger narrative and a clearer picture of the production as a whole, this script wouldn’t bow so much under the weight of such ideas.